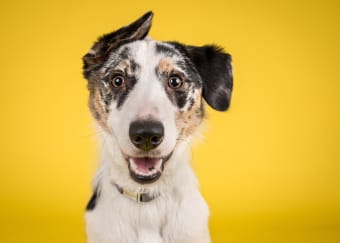 Anemia is usually considered an indicator of another health issue rather than a primary condition itself. Here, our Fairfield County vets will provide information on the causes, symptoms and treatment of anemia in your dog.

What Is Anemia In Dogs?

Anemia is a condition in dogs that occurs when they don't produce enough red blood cells, or if a dog has suffered severe blood loss from a condition such as cancer or through a physical injury.

Because of this, anemia is usually considered a symptom or indicator of another underlying issue rather than a health issue unto itself.

Anemia is found in 4 different varieties in dogs, they are:

Blood loss anemia occurs when a dog loses a serious amount of blood as caused by an injury, bleeding disorder, or surgery. This kind of anemia can also be caused by internal bleed from chemotherapy drugs, cancer, ulcer, or parasites.

An aplastic or non-regenerative anemia is caused by lower-than-healthy production of red blood cells. This kind of anemia can manifest in dogs who have been exposed to poisons, who have bone marrow diseases, parvovirus, chemotherapy drugs, and certain kinds of medicines.

Methemoglobinemia is found in dogs whose blood contains too much methemoglobin. This can be caused by exposure to certain human medications (like ibuprofen, benzocaine, or acetaminophen) or genetic disorders.

What Causes Anemia In Dogs?

There are many underlying conditions found in dogs that might be the cause of anemia, they include:

What Are The Symptoms Of Anemia In Dogs?

The symptoms of anemia may vary based on what condition or illness is underlying the anemia and the kind of anemia your dog is experiencing. However, if your dog is exhibiting any of the following symptoms, it may have anemia:

What Are The Treatments For Anemia?

The treatment recommended for your dog by your vet will vary based on the underlying cause of the anemia. That recommendation could be:

What Is The Prognosis For Dogs With Anemia?

The prognosis for a dog who has anemia will entirely depend on the condition which is causing the anemia. Anemia can signal that your dog is suffering from a life-threatening condition such as cancer or poisoning.

Because of this, you should always take any signs of anemia very seriously. If you detect any symptoms of anemia in your dog, contact your veterinarian as soon as possible.

Anemia can be prevented by preparing for and being aware of its underlying causes. Parasite prevention can be undertaken throughout the year through medication and avoiding high-risk situations. Likewise, keeping toxic substances out of your dog's reach and feeding them a healthy diet can help prevent anemia.

Certain breeds of dogs (like Miniature Schnauzers, Shih Tzus, American Cocker Spaniels, and Labrador Retrievers), are predisposed to developing anemia. If your dog is genetically susceptible to anemia, make sure you take them to your vet for a regularly scheduled check-up.

If you think your dog may be showing signs of anemia, contact our Fairfield County vets as soon as possible. 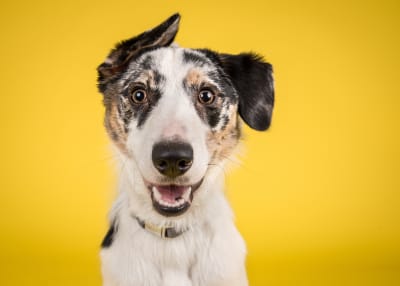 An ear hematoma, also known as an aural hematoma, is a blood blister that develops on your pup's ear. Dogs with long, floppy ears that are prone to ear infections are particularly susceptible. Today, our South Wilton vets explain more about ear hematomas and how they are treated.

Constipation is a common complaint seen in our canine patients at South Wilton Veterinary Group. Today, our South Wilton vets discuss the symptoms and causes of constipation and how to help a constipated dog.

Urinary tract issues in cats can cause your feline friend severe discomfort, and in some cases can be life-threatening. Today, our South Wilton vets discuss the symptoms and causes of feline urinary tract disease and infections.

Our South Wilton vets know that loving dog owners enjoy giving their canine friends little treats now and again, but it is important to know that not all treats are ok; a surprising amount of the food people consume is actually toxic to dogs!  In today's post South Wilton Veterinary Group discusses the toxic dog treats list you need to avoid.

We're always thrilled to welcome new patients into our veterinary family! Contact us today to get started.